The Burns Building: A Capsule of The Downtown to Come 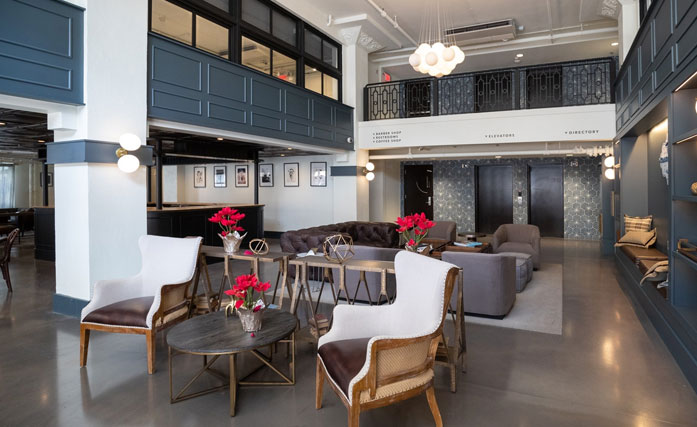 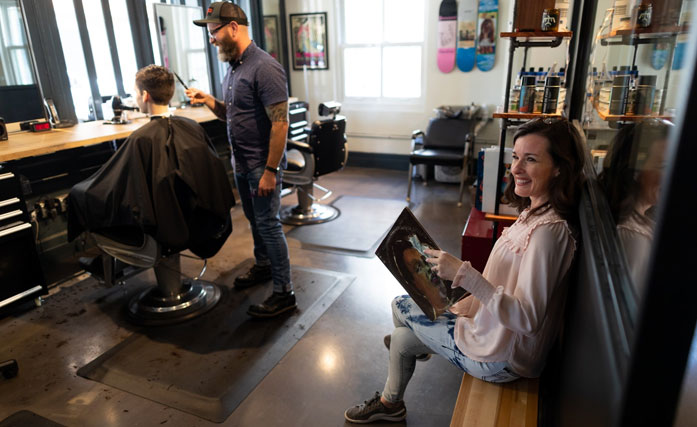 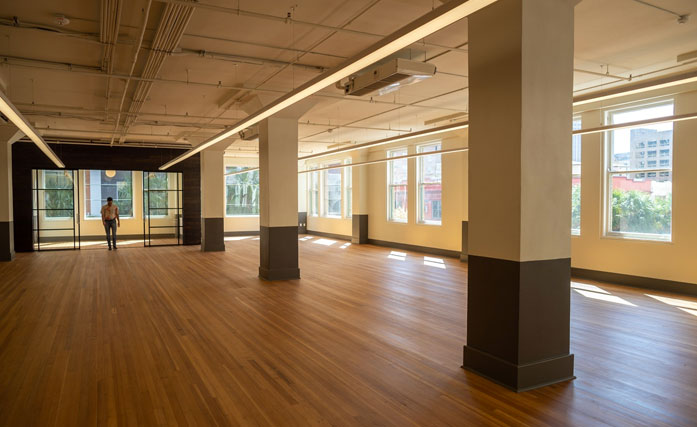 The Burns Building was once a facet of the iconic retail district along Houston Street in the early-to-mid 20th Century. However, Hugh Burns (for whom the building is named) originally intended it to be a “splendid office building,” as the Rivard Report recounted in 2017. Thanks to an ambitious downtown developer, the building is recapturing some of its retailing spirit while achieving the vision of its founder.

“Our building offers a creative office environment with a unique blend of modern amenities and historic character,” explains David Adelman, Principal at AREA Real Estate. Mixing tech industry talent with local business and retail, the Burns Building celebrates our city’s history while working toward its future. Fresh retail options like Commonwealth Coffeehouse and Devil’s River Whiskey breathe life into the ground floor of the space. Veteran downtowner Chuck Holdridge brings a service element to the ground floor with his second Traveler Barbershop location.

David Adelman was a customer at the original Traveler Barbershop on Broadway, and felt passionate about incorporating Chuck’s work into one of his projects. Chuck admits he was hesitant about opening a space downtown. He feared that his customers would perceive it as difficult to access.

A few months on and those initial concerns have vanished. “As far as major downtowns, this is still the easiest, cheapest downtown to park in,” notes Chuck. “Circle the block and you’ll find a meter where you can park for a buck.” That’s not even to mention Downtown Tuesday, VIA routes, rideshare, and dockless vehicle options throughout the urban core.

Additionally, some Traveler Barbershop patrons are rediscovering their downtown through the new location. His clients often make a day downtown out of their visit. They may have drinks at Playland Pizza just across the street or explore the surrounding area.

Chuck also enjoys the space he has claimed on the ground floor, which is larger than his original location. With only glass partitioning off his shop, he feels like he is connected to the entire space around him, which he will soon share with Commonwealth Coffeehouse.

The building offers hidden surprises as well that perfectly capture its personality. A touchpad at the elevator bank, which allows visitors to communicate with tenants, helps bring the building into the 21st Century. Meanwhile on the second floor, an open plan office space highlights the historic structural elements. Adelman points out the state-of-the-art air conditioning systems, which give tenants complete control of their space while also keeping energy costs low.

The pocket park along the Jefferson Street side of the building extends the Burns’ retropolitan influence into the public sphere. The park adds landscaping and structural elements to enhance the pedestrian experience. Patrons of the building’s retailers will be able to enjoy the outdoor space and the surrounding urban environment.

“In my 23-plus year career in real estate in San Antonio, I have never seen the demand for downtown office space this strong,” explains David Adelman. “It was as if the tide was going out for 20 years and now it is rushing in!”